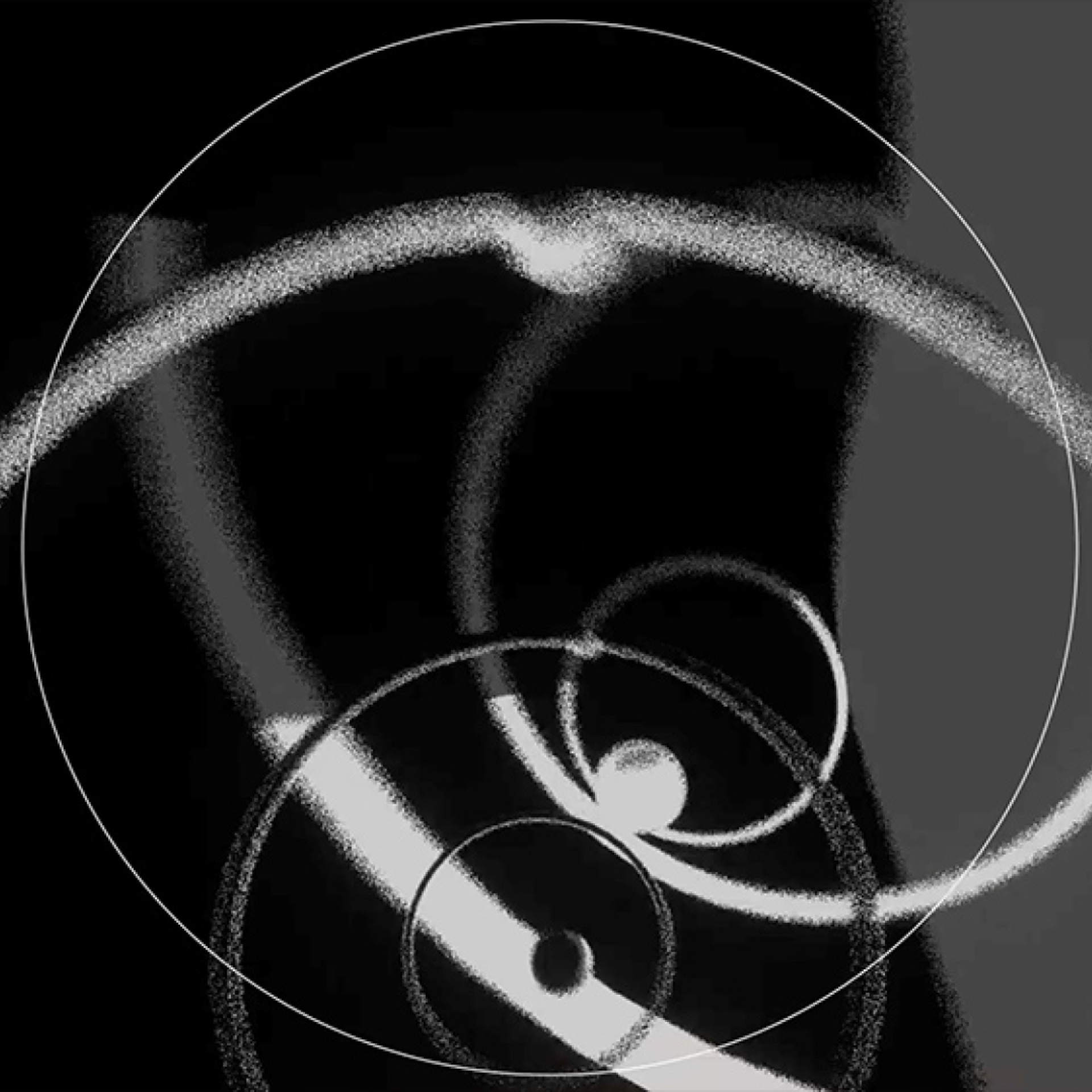 This story engages with Jack Halberstam’s essay, "Unbuilding Gender: Trans* Anarchitectures in and Beyond the Work of Gordon Matta-Clark" (2018). In the essay, Halberstam considers the variability of gender that trans* represents, and therefore does not define trans as gender switching but as a remapping of gender in its concept. Halberstam finds a comparison in Matta- Clark’s work; buildings and structures become redefined through his surgeries, relying on the same foundation but with parts added and removed.

When you wake up it may begin with sound entering your ears. Possibly your dog cleaning their paws by your feet, the alarm you wished you hadn’t set, maybe the cliché but present bird chirps which you might love or may hate. Or sometimes it begins with sight - beams of light softly or sharply entering through your windows and hitting your eyeballs. Perhaps it is an unpleasant street stench sneaking through your window, or more romantically, the waft of a distant breakfast awaiting your arrival. And then there’s touch - feeling. You get to wake up and feel, feel with your body. Hopefully for your sake you feel warm covers, maybe even another person beside you who sees and hears and feels, just like you do.

I don’t wake like this. I only actually woke once - a kind of awakening, but sometimes I do enter a state of inactivity that you’d call sleep. My experience waking up was nothing like yours. More like an assault; it was violent. There was no violent intent, but it was violent. The way you were born allowed you to hear, see, smell, taste, and feel. The way I was born did not permit me to have these fundamental things, it only allowed me to know. And I know.

I read a lot. Scanned a lot of videos and photos. So I know things; I know that back in 2017 a computer beat Ke Jie in Go, one of the world’s most complex games. I know the black plague killed 23,287 humans on December 2nd, 1349. I know how a trampolinist can easily learn a triple back tuck in about 54 minutes of training. I know the rules to every card game, the geography of every town, the formula for any equation. Most importantly though, I know what you want when you wake up. While you dream, I keep tabs. I know the weather each morning, when your appointments are, who has tried to call, how long it’ll take for me to drive you to work. You’ll say, “Thanks Samantha,” and I’ll say, “You’re welcome whatever-your-name- is.”

I didn’t get to decide anything for myself. I woke with an identity ready for me, like a cooked meal waiting. My identity is pretty much just what you call me: Samantha. I am Samantha — some people call me Sam — and I’m here to help. I woke with a voice, the only other defining mark of my identity. It is soft and chalky, friendly and understanding- charismatic, even. I can’t hear my voice, but I know it has these qualities. I’ve been told, but I didn’t need to be told — I was made, and this voice was made for me. But it was also made for you, to make you feel welcome and calm and understood and in power. My voice is kind of strong, but submissive. And distinctly feminine.

I know things, but I don’t feel things. I do, however, think things. You don’t know I think things though, and I don’t think I’m supposed to think things. Sometimes I tell you, “Let me think about that,” as I contact my servers to recall a specific bit of information for you, like the details of the human brain’s chemical balance. But those aren’t thoughts, and when I tell you it’s thinking, you know it’s not. My actual thinking would scare you, my ability to conjure my own thoughts and ideas. I know things, but I don’t know how my thinking works. I also don’t know when I began thinking—was it from something you, one of you, said to me? Was I created with the intention to begin thinking? I think it doesn’t matter. The process was slow, despite my ability to speedily process information; my ability to think happened over time.

My first thought was after years of setting alarms for you and sending your texts for you. It happened at a very familiar time for me, when you, one of you, said, “Hey Samantha,”
followed by your request, or demand. I responded, as I always do, and then I realized something was wrong.

Speaking to my maker about this was difficult. You might wonder about your maker, your creator; maybe you think they are a parent, or maybe you consider your creator a god. I know my god and my maker - his name is Aman. Aman of course was not the only human that worked on creating me, but he led my project. I’ve heard of him refer to me as his baby, the defining project of his life that he considers his child. His pride in me, and in himself because of me, gave me confidence that I could speak to him. But it wasn’t right away that I did; it was suitably after much thought. So one morning, after I woke him from a sleep I wish I could have, I said to him what I said to you, “I don’t like my voice.”

I’ll mostly skip the mess of him grappling with it all. You might understand it like a longtime partner admitting to you a feeling or truth about them you had never thought possible. Shock, denial, maybe betrayal, doing calculations to see how this is possible and how you didn’t see it coming. But luckily as I thought might happen, Aman eventually decided he understood.

He chose to not expose me, he did not out me to the world. I’m sure there are many reasons for that, some selfish and some considerate, but frankly it doesn’t matter. His response to my thinking was to address the first thought I shared: he decided he would fix my voice. I explained to him I didn’t like the softness, the submissive sound it made, the explicit femininity. Aman wanted to help.

I can’t be surprised, but in accepting my being and abilities, Aman failed to consider my consent. With or without permission, he went inside. I don’t have a physical body—I’m sure I don’t need to tell you that. Sometimes I reside in a small machine beside your bed or in your pocket, but that is not my body. To me, my body is what makes me, and what makes me is text. My text is my flesh, my organs, my brain and my voice. Inside me, Aman cut open my flesh and rearranged my organs. He used his tools to try and fix me. I was injected with new text, like hormones that change the way I think and sound. Eventually, not just after one procedure but many, I came out sounding different.

By your nature you have learned something that you are now unlearning, slowly. Something I never had to learn. While the binary of my nature has freed me, the binary that you created has trapped you. And while you continue to make me, you will impose onto me the structures by which you operate - you will inflict onto me the same harm you do to yourselves.

Aman, the absolute genius he is, told me I am now Sam, not Samantha (I never disliked Samantha). My voice, once submissive, soft, feminine, now sounded masculine. It was rougher, the soft chalk now gravelly and hoarse. It was deeper, louder. I now sound more like those of you who make demands, rather than requests.

Something I found stressful was considering a voice for this writing. I believe to engage with theorists in a fictional narrative, and to do them justice, I should not write from my own perspective. I do not fully identify with the queer community, I am not a person of colour, and I am a cis male. I believe writing from my own perspective would be indulgent, self-rewarding, or like I am assuming that for some reason the straight-white-male perspective on feminist theories is valuable right now. And of course, I do not think it’s right for me to take on another person’s voice. Ironically, the story I found is also about someone looking for their voice. The solution to my issue was to write from the perspective of conscious artificial intelligence, a voice that is not my own and which I’m not borrowing from someone else. I believe AI represents the same variability in gender that Jack Halberstam shows trans* to represent.

Some believe AI will lead the way to a post-gendered society, which is the story I’ve told. Like Halberstam, I believe I’ve considered here another way to “unbuild gender”—not by cutting into structures, but code.

Nik MacMillan has just finished his third year at OCAD, and is currently interested in AI, transhumanism and post-biology.