They Speak of Change 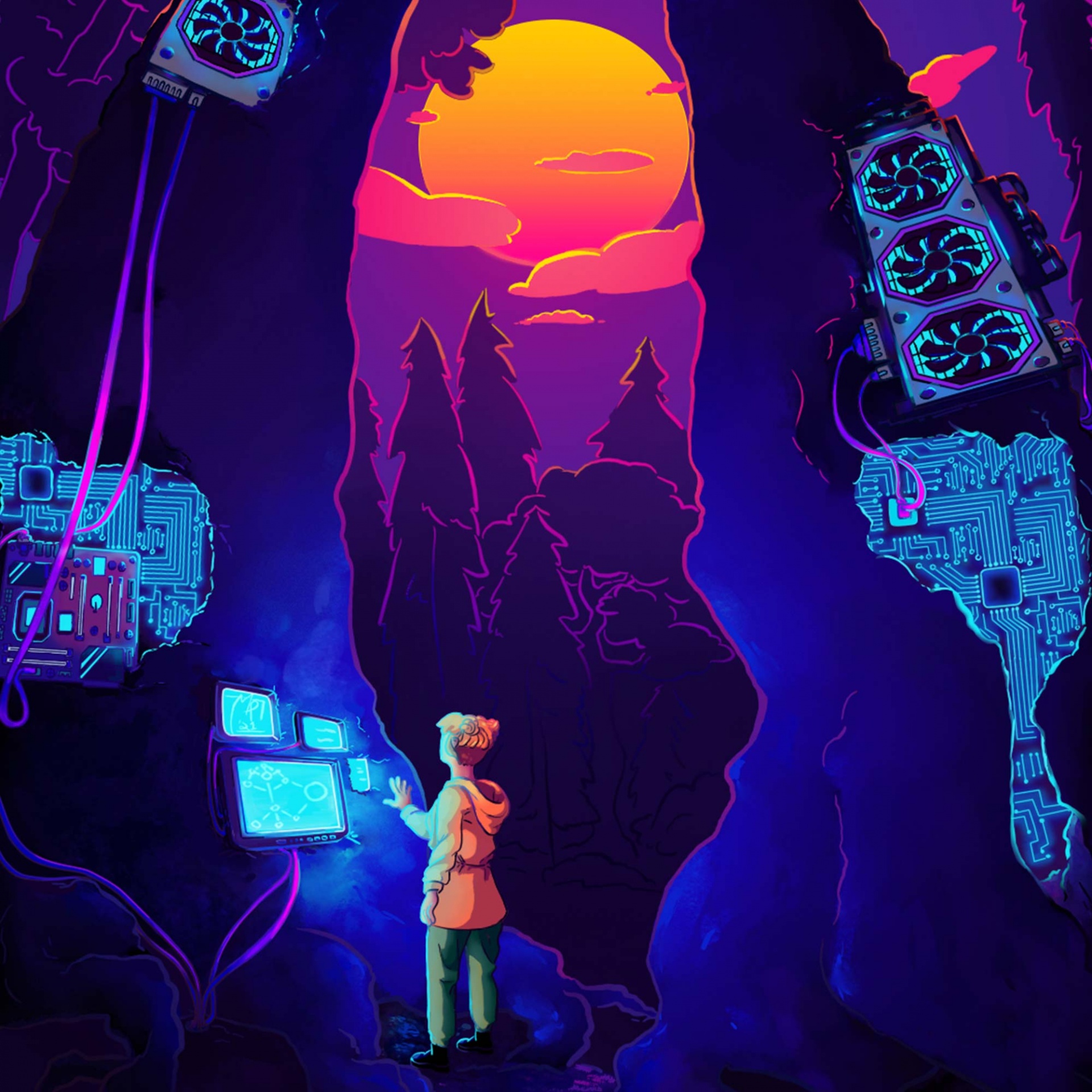 In 2016 Suzanne Simard told us that trees can talk (Simard). Trees are not solitary, contained, singular beings. They are pieces of a wide web of knowing and being. Through a complex entanglement of earth, root, and fungal mycelium1 they speak to each other of danger and need. Through these networks they send aid to each other in the form of resources. They recognize kin.2

What can they tell us?

At a meeting on climate preparedness and adaptation, when the discussion of detection systems emerged, a voice rose above the din. “The trees can talk,” they said, “why not learn to listen? Why not ask them?”4 Although the idea was scoffed at as irrational,5 it sparked the interest of the public.

“The trees can talk.”

Echoed through the streets.

And thus, Ratatoskr was born. An elaborate, semi-autonomous learning computer, Ratatoskr was named for the squirrel who runs the length of the world tree Yggdrasil, carrying messages between the eagle perched atop and the serpent Nidhogg6 entangled in the roots below.7 Ratatoskr helps us access the forest’s network of information, allowing us to listen and learn from what they know. With input from scientists from a range of fields, from artists and innovators and prosthetists and arborists, a flexible material was designed to move with the trees for better integration. After years of careful testing on both networked and non-networked forest systems, a mode of non-hazardous implementation was found. Bark was carefully peeled away and replaced with circuitry.

The system starts in a false root, travelling up the length of the tree. It communicates with the fungal network via electrical impulses. Cameras placed in the leaves track migratory patterns and weather conditions. The findings are compiled, sorted, and relayed to human field agents through a series of screens implanted in what Simard called the “Mother Tree”: the oldest and most connected tree in the forest system.8 The Mother Tree serves as a hub for two entwined networks, a merging of the fungal, rooty knowledges of the trees and the digital, mathematically based reasoning of the AI.9 Ratatoskr is a bridge, a way for humans and trees to reach out towards each other, to touch and make contact with other ways of thinking and knowing (Crowder).

And we are making ways to listen.

Of course, like any change, the integration caused negative outcomes. We’ve seen a decline in several species of arboreal creatures: in North America woodpeckers were especially threatened, as they were either electrocuted or died slowly of heavy metal poisoning. We’ve worked with conservationists to do our best to correct this, and one solution has been to hire falconers. This has had the interesting positive outcome of compensating Kazakh falconers for their once declining art.10 Thankfully, we have largely managed to avoid harming insect populations, as the trees are able to warn us of potential cracks in the technology’s casing; we’ve mostly managed to remedy those problems before they are realised. It’s also opened a door to some humour: we’ve got a very multi-talented “de-bugging” department.

They speak of change.

Due to the fact Ratatoskr’s premise is the sentience of trees, there’s been a long-needed push to halt deforestation from the same public that willed the AI into existence. Although it is dangerous and limiting to think of all sentience as human,11 the ability for humans to sympathize with trees and to question if they feel pain—if they die, if they mourn, if they love—has created a situation in which practices like clear-cutting are untenable. Deforestation has always been something that harms the environment, but now it is also a very dangerous move in terms of optics, as people are learning to live with, and grieve with,12 our leafy companions.

They speak of reciprocity.

I am a fieldworker of sorts. I meet with the trees and ask them what they know. It is a joke among my coworkers that I connect more with the forest than I do with them, and in that I am a multispecies ethnographer.13 I see the trees as more than things, and even more so through our integration of another sentience into their systems.14 It may be irrational, but I give them respect and show them care as the living, knowing beings they are.

They jokingly (mockingly?) call me the Lorax.15

I know the trees speak for themselves.

I visit the mother tree of the forest system biweekly and spend the rest of my time writing reports and conferring with my peers around the world. It’s a wonderful day for fieldwork—the air is fresh and crisp, and the sky is clear. I feel the wind in my hair and feel the buzz of life: a duet played by cicadas and Ratatoskr’s fans. I reach the tree and run diagnostics. Soil acidity, potential for drought, status of nutrients, precipitation, connectivity—the results are positive, the system is thriving. I reach out and place my hand gently on the rough bark of the tree, feel the hum of the tech and the breath of the forest.

In my pocket, my phone buzzes an incoming message.

I look up in awe. This has never happened before. The trees speak to me, but always within certain parameters. Overwhelmed, I rest my forehead on the bark.

“You see us. You hear us. And when you touch us, you become with us17. Sit down small one” they say, “and let us tell you what we know.” 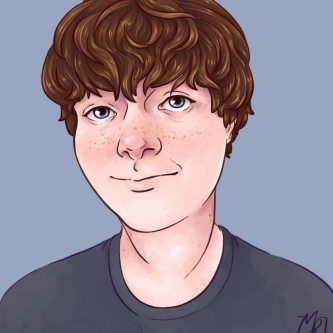 McKenna Pipher is a neurodivergent, queer, nonbinary digital artist and animator interested in gender, sexuality, and in-between spaces. They use variance, liminality and potentiality to queer bodies, places, institutions, and expectations to ask what it means to live in a world, and to interrogate whose stories are valued and told. They are currently working towards their BFA in Digital Painting and Expanded Animation. They live and work on the traditional lands of the Mississaugas of the New Credit, the Anishinaabe, the Haudenosaunee, the Huron-Wendat (Wyandot), the Métis, the Oneida, and the Algonquin peoples. Much of this land is unceded or has been taken by force.