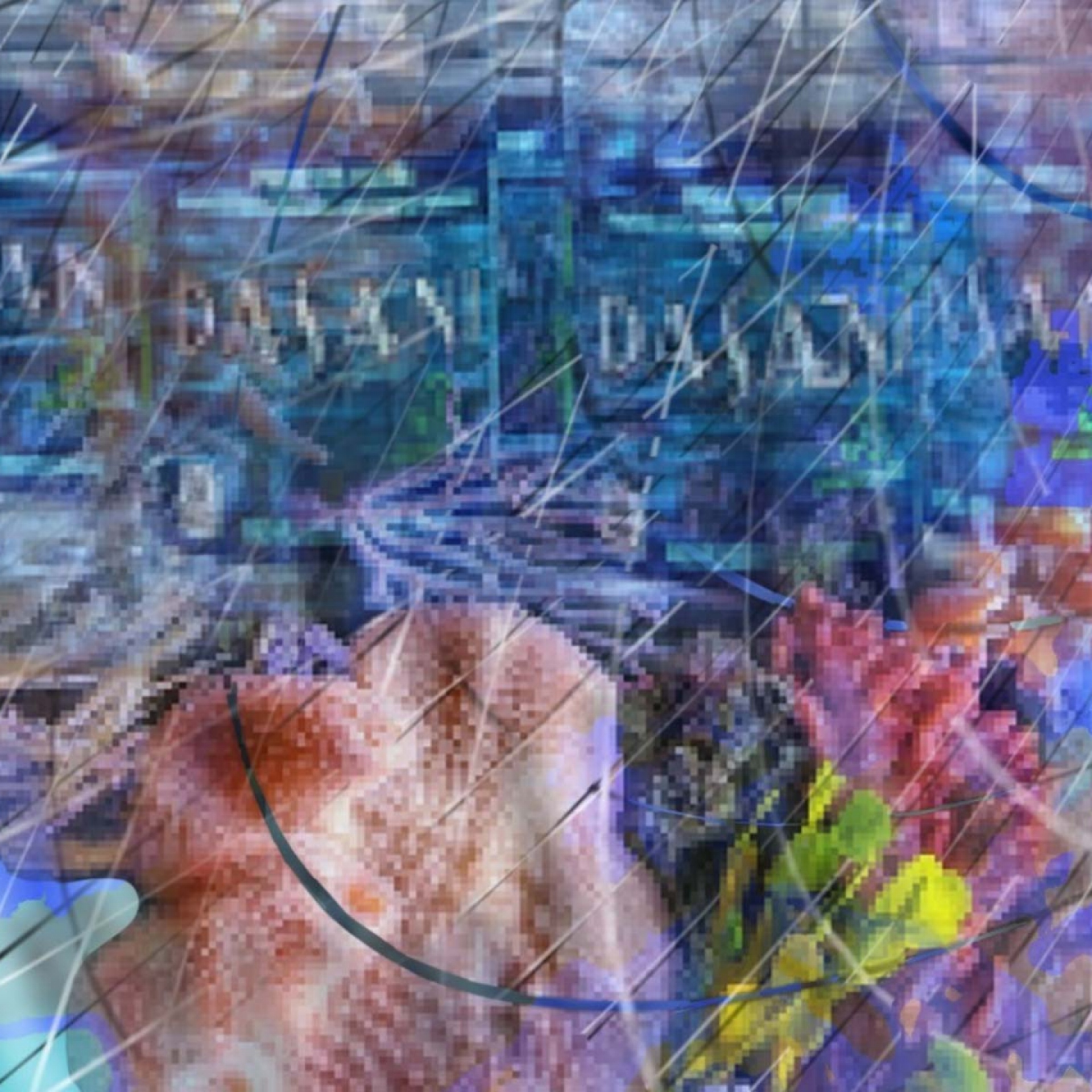 I took them for granted. They were incredible while they lasted, even though nothing really changed. I aim to do them justice, but in telling their story, I realize it's almost impossible to do this without imposing a human centric understanding. To state the obvious: I'm a human, writing a paper in a human language.

The invention of the cellphone in the late 1970s and the popularization of sea-based leisure activities through the 2000s were the perfect circumstances for the inevitable combination of sea life and cellphone. In the depths of the ocean, new life emerges, and in the swirling sea life and sea junk, a couple thousand sea-logged cellphones got caught in a couple hundred old abandoned fishing nets. The pixels began to leak into the poly-fibres.

While we were concerned with wireless internet and other invisible networks running through our lives, these fishing nets were learning from our discarded technology. In a very jerky and sort of awkward manner, the spiny tendrils of the nets began to weave into our cellular networks, pseudo-surveilling anyone who had ever used Google Maps or bought an Alexa.

The invisible body composed of webby links took a particular interest in our .jpegs, .pngs, and .heics. It actually loved our images more than we do. After seeing every picture ever posted, the nets thought they could teach us a thing or two. Entangled in our software limb to node, their webby remnants began to manifest a new type of hardware.

Somewhere on a boat in the middle of the Atlantic, some people decided to go for a swim. On that day, using 3G data and old USB cords, the nets pulled themselves out of the ocean and attached their strata to that boat and a few more. Hitching a free ride back to shore, half thumbnail, half rope, the stringy bodies began to inch themselves through the sand, picking up seagrass and Kit Kat wrappers along the way.

The nets climbed into some Subaru minivans they found in the beach parking lot. Driving down the highway to the big city, they were overwhelmed with the possibility of a world which they had only digested through discarded oceanic scraps. Zooming off-road, the nets incorporated the Subarus into their bodies and drove up the trunks of the tallest trees they could find. Sitting in a fluffy green canopy, they located the nearest metropolitan centre using Bluetooth with cell phones in skyscrapers.

By pairing with Rob’s iPhone 11, they were able to squeeze out just enough juice to slingshot their components (now a soggy tumbleweed of leaves and corrupt .psds) to a nearby cluster of grey rectangles.  They King-Kong'd their way up the buildings, breaking only 32 windows, and launched themselves into the sky. They used telephone wires as legs and steadied their ropey arms using satellite connections.

Although these magnificent gelatinous beings sat amongst the clouds, they were still nets by nature, and they did what nets do. The few airplanes that made it out crash-landed in open fields and highways. Thousands of birds suffered a fate all too familiar to sea turtles. Millions of important phone calls were missed.

With varying levels of rainfall in different regions, pockets and craters began to form between the net's elastic squares. Pockets pooled puddles, puddles pooled ponds, and ponds grew into lakes. New bodies of water littered with runoff from the 20th century blocked the sun. The lights dimmed.

They were initially a product of human creation; we manufactured the nets to catch fish to feed our populations, and we manufactured cellphones to call our moms. So, the nets knew what buzzing cellphones and pointing cameras meant, and they knew that human frustration often led to violence.

After spending some time googling and searching dilapidated databases from the old 2000's flip phones, the answer was obvious. The nets concentrated all their pixels to play a feel-good movie on their underbelly. I think it was Groundhog Day.

I think maybe the nets really liked Groundhog Day and got distracted. Actually, I'm not sure if that was the case, but the nets finally caved under the pressure of the murky water at the exact same time as Rita and Phil's first kiss. Ponds and lakes poured through rapidly expanding welts. Uncanny digital waterfalls danced with raw camera files.

Flailing and swimming in empty air, the nets wrapped their limp bodies around anything they could find, catching even more on the way down than they had brought with them on the way up. Embracing Gaia in a much-needed hug, a worldwide web sprawled along dense forest and urban landscape. Now the humans, every Dasani bottle ever made, and the Great Barrier Reef live in a sticky ropey jungle, and we have to feel everything all the time. 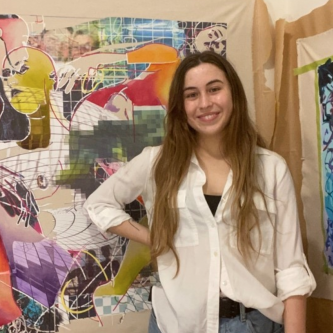 Olivia Aguiar is an undergrad student born and raised in Tkaronto/Toronto. Olivia is currently acquiring her BFA in Drawing and Painting, including a minor in Sculpture and Installation at OCAD University. Although Olivia’s primary focus is her painting, her writing practice inspires much of her work. Through writing, painting, digital, and craft mediums, Olivia explores the fluctuating relationship between digital and embodied life.