Bodies that Flow Through One Another 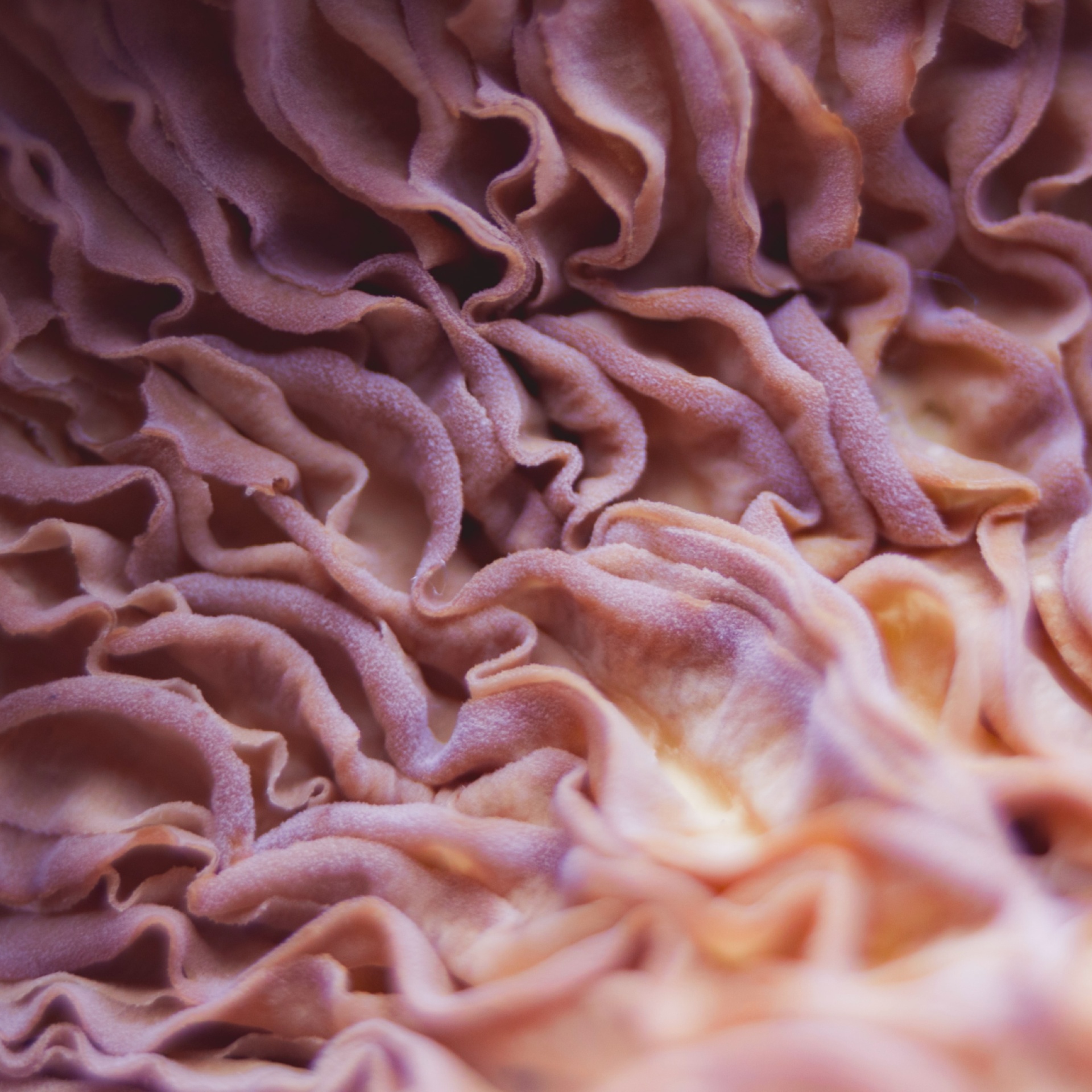 In an uncharted ecosystem, a naturalist walks amongst the unexplored bush. The ecosystem is host to a slew of in-situ experiments in synthetic biology but has been abandoned by those in the scientific community for unknown reasons. While walking further within this vast, largely unexplored ecosystem, the vegetation becomes increasingly dense. This density does not appear to be gradational, that is, not actualizing in the form of a linear intensity; a spatio-temporal continuum that culminates in an increasing purity towards a finally sublime yet threatening, feral wilderness. At points, the vegetation simply stops to reveal dark, dry soil; is this a sign of an experiment gone wrong or merely the ecosystem’s ongoing undulations of living and dying? The naturalist notes that as the vegetation becomes increasingly pervasive, it also appears to become increasingly anomalous; some large plants are susceptible to what appear to be abnormal parasitic infections, and others acquire a peculiar iridescent pigmentation. As the naturalist continues his expedition, any planned path quickly becomes lost in the flourishing ecosystem. Navigational orientation becomes less important the more the naturalist engages with the site. Eventually, at some point in this peculiar, untraversed place, the naturalist reaches some clearing somewhere.

The clearing doesn’t appear special. All seems to be within an acceptable range of unfamiliar quasi-knowability; after all, everything in this ecosystem seems slightly anomalous. But just as the naturalist begins walking again, he briefly catches sight of something pulsating nearby. In one swift motion, he reorients his body and looks with increased intensity. As he does so, a seemingly alien lifeform reveals itself in all its undefinable alienness: large hyphae-like structures wriggle and shimmer, and spores of variable dimensions shoot out from openings in these hollow tubular filaments, dispersing in infinitesimal trajectories. Each of the many hyphae seems to engage in collective movement, morphing into one another, multiplying, dividing, merging, decaying, ingesting, digesting, living and dying simultaneously, such that no single hypha seems to ever discretely individuate itself. This must be one of those abandoned experiments in synthetic biology, the naturalist thinks to himself; some kind of fungal mutation gone awry, some kind of organism that was accidentally engineered or has become contaminated in some way. In a yearning to decode the sheer alienness of this form, to prescribe it some representational structure, the naturalist leans closer to get a better look. In his act of looking closer, a proximity of intimacy is enacted as a gesture toward clarity; as a movement towards a transparency in sight. A proximity of intimacy looks towards this alien creature in hopes of finding that the movements of this strange organism unfold causally between distinct component parts of the entity. Movements through which the observer can grasp hold of the observed and feverishly proclaim a new discovery; yet another new thing is known! But the harder the naturalist looks, the more this thing vibrates and pulsates; the more it seems to defy its own already self-defying movements and structures. As an instinctual culmination of striving for just an inkling of knowledge, the naturalist reaches toward and touches this unknowable other.

It is unclear who or what does or did what in this act of touching. In this sense-perceptive phenomena, neither perceiver nor perceived are rendered wholly passive nor static; each configures each, each entangle one another with-in a moving ontological indeterminacy. Perceiver and perceived cease to exist as such. In this act of touching, the indeterminacy of the touched reaches back and touches the toucher such that any distinctions between toucher and touched dissolve into a sense-perceptive event through which toucher and touched are co-constituted anew and made known to one another in their entangled, self-transgressive contacts. They are made unknown so as to be made known differently. Through this encounter, the naturalist feels the leaky permeability of his own body; he lays immobile on the earth and feels himself becoming ever more implicated in the landscape he was always already, to some capacity, implicated within. The truth of his body as a radically open and unpredictable membrane, sensing its way through its relational embodiment, continuously materializing through and with its open and indeterminate lines of configurative and configuring contacts, is felt. Before any thoughts of infection or poisoning can register in his mind, the subject-predicate structure of reality dissolves as “the senses resist stratification within a stable configuration, responsive primarily to that which is not-yet. [He touches] that which [he is] not-yet touching. What [he touches] is not the object itself, but the potential of the object to be touched. [He touches his] capacity to emerge through the object” (Manning, 142).

From a normative standpoint, we would probably say that the naturalist has been infected by this unknown entity. Perhaps we would even say he was poisoned and experienced some kind of psychoactive effects as a result of this poisoning by an unstable and unsafe, monstrous product of the natural and synthetic incalculably and uncontrollably imploding into one another. In response to this, perhaps spore samples should be analyzed to figure out what exactly this thing is and what it does. And while these spore samples may or may not be able to be explained within parameters of reason through empirical scientific analysis in a lab, such a potential explanation does not seem to encompass or get close to knowing this entity. As such a knowing functions through logics of containment, purification and taxonomic formulation; such a knowing not only negates the relationally constituted, embodied knowing-differently this organism co-facilitates but also is implicated in a tendency to pathologize such ontologically indeterminate entities. This model of pathologized transgressive ontologies and modes of contact takes as its premise the distinct separation of subject and object, of nature and culture, of the pristine natural and the corrupted synthetic. But the sensual experience of the naturalist was distinctly not that, it was not a heroic resilience of anthropocentric will in the face of the porosity of his body; it was rather an opening towards a contamination that could be a co-configuring anew. In considering onto-epistemic orientations towards bodies and materialities, both human and non-human, we must be cautious of invoking these discourses of belonging, of proper or improper ontological constitution and co-existence, when premised on such logics. As Kim De Wolff eloquently describes, regarding the troubles of separating living and non-living bodies, namely that of plastic and marine life, “the practice[s] of separating plastic and life in order to understand how they are connected; [these] practices of ordering are constitutive of more than knowledge, [they] produce plastic and marine life as ontologically distinct forms of matter that belong or not in bodies aquatic, organic or scholarly” (32). How can we think-with differently? How can contamination become a generative methodology for critically re-thinking ontology and the epistemological schema undergirding normative ontological formulations?

Perhaps this encounter could be described by some as mystical, and to that I’m sure the naturalist would agree. But mystical in what sense? Perhaps instead of thinking in terms of the transcendent, referring to a disembodied, dematerialized, and omnipresent view from above, might we consider that this mystical encounter is not one of ultimate knowability through such transcendence? This encounter is not the actualization of a flatly unified and universalized subject-position untether from situated, embodied relationality. It is not a culmination of exceptionalist mastery through an artificial removal from the world, but an encounter with matter at its most vibrant, an encounter with the non-human at its most lively and most unknowable; perhaps so lively in its unknowability that it obliterates not only a single human self but the very category of “the human.” Let us take up Donna Haraway’s line of questioning and think about “What happens when human exceptionalism and the utilitarian individualism of classical political economics become unthinkable in the best sciences across the disciplines and interdisciplines” (57), to activate a knowledge that is formed through and with embodied, situated relationality. Let us actualize an epistemology that is an active, response-able ontologizing; a world-making as indeterminately moving, co-configurative potentialities in the making. Anthropos, in all its fallible, iterative figurations, will not do. Anthropos must succumb to its natural-cultural ebbs and flows, to its multiplicitously situated becomings-with. 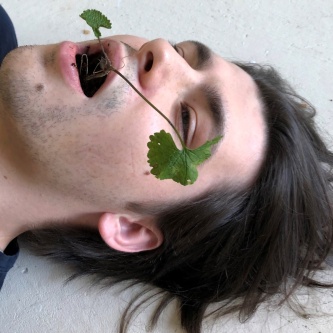 Patrick Stochmal is an interdisciplinary artist working at the intersections of queer ontologies, embodiment, and anthropocentrism. He is currently pursuing a BFA in Sculpture and Installation at OCAD University. Inspired by decentralized, ontologically indeterminate and vibrant ecologies, Patrick creates sculpture and performance-based work that attempts to reconsider the self as an entity always spilling beyond its boundaries and pushing up against logics that attempt to contain, maintain, mobilize, and discipline its self-subversively bounded and normative configuration.