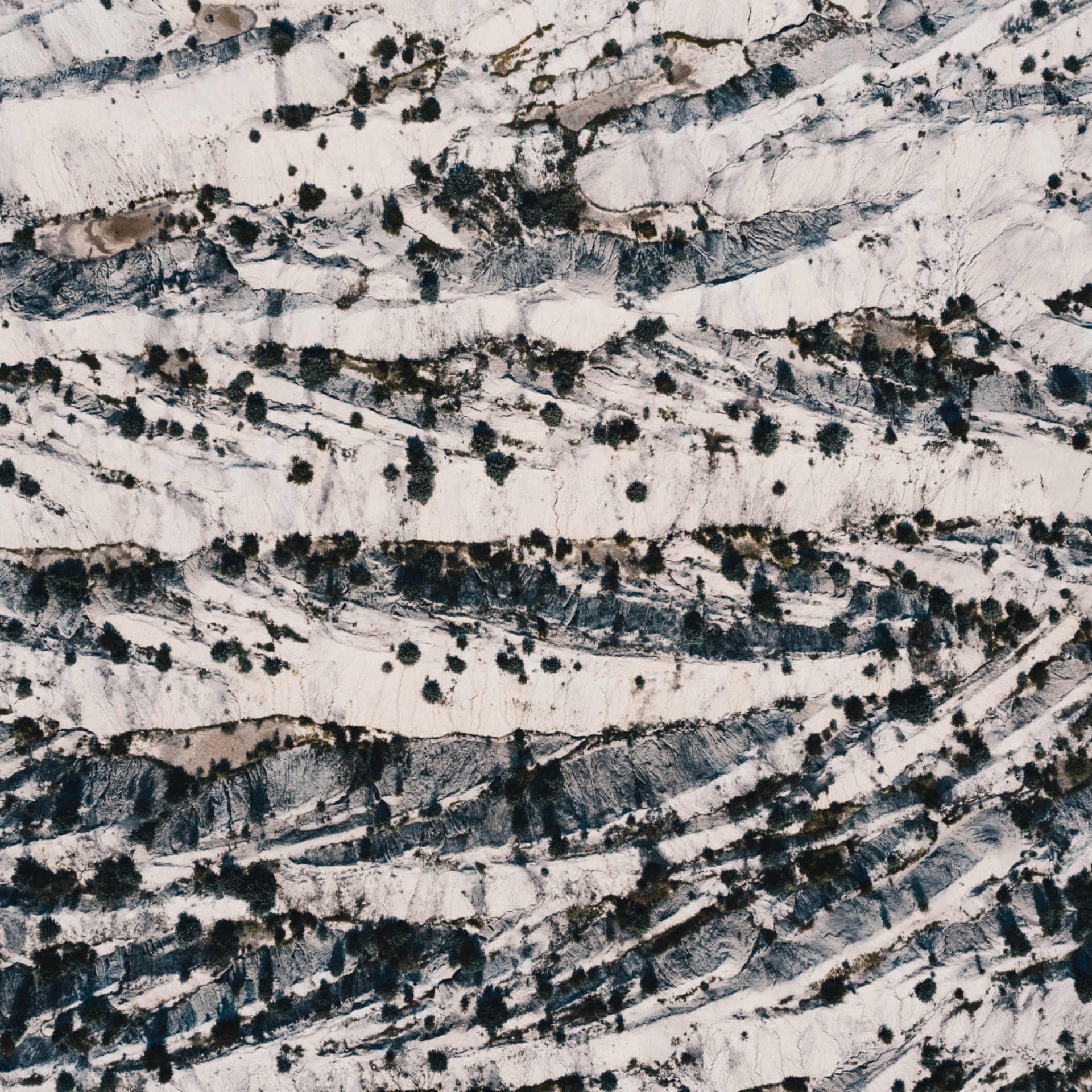 When I first encountered a section written entirely in another language in Gloria Anzaldua’s book Borderlands/La Frontera: The New Mestiza, my immediate instinct was to use Google Translate to understand what was written. As I soon learned, this is not possible because Anzaldua writes in Chicano Spanish—a language developed on the colonial border of the United States and Mexico by those who do not identify entirely with standard Spanish or English (Anzaldua 77). As a result, Google Translate does not offer/recognize Chicano Spanish—and that is exactly the point. By presenting knowledge that is not for me (a settler) to know, Anzaldua disrupts my need for certainty and knowability. This ‘need to know’ is described by Dylan Robinson, a xwélméxw (Stó:lō) scholar, in his text, Hungry Listening, when he writes that the “starving attitude of settler colonial perception… consumes without awareness of how the consumption acts in relationship with those people, the lands, the waters who provide sustenance” (53). In other words, the settler drive for consumption extends to the very epistemologies of other cultures as it breaks the relations between knowledge and its sources. In his poetry collection, This Wound is a World, Billy-Ray Belcourt contends with the trauma caused by this ‘starving settler perception’ while also actively finding places to resist it in worlds formed through ambiguity and unknowability. The refusal of this ‘hunger’ can thus be understood as a decolonial methodology as it disrupts notions of colonial certainty. In both formal and narrative choices, the books Borderlands/La Frontera: The New Mestiza by Gloria Anzaldua and This Wound is a World by Billy-Ray Belcourt engage in these strategies of uncertainty and unknowability as decolonial methodologies, and in doing so, destabilize notions of settler futurity and certainty. Specifically, Anzaldua and Belcourt use language, repetition and descriptions of the body as sites of decolonial practices of refusal. By engaging with the self-described ambiguity of their own subject positions, Anzaldua and Belcourt intervene in any settled codes that attempt to define, contort and erase their identities.

Before beginning, it is necessary to clarify that the reading of Anzaldua and Belcourt’s texts together is not meant to project any sense of sameness. While both authors work with the concept of uncertainty, I want to be clear that they do so differently and in ways that reflect their unique experiences as a Queer Chicana woman and as a Queer man from the Driftpile Cree Nation. This essay aims to bring the texts in conversation with one another to develop an understanding of how uncertainty can be used as a decolonial methodology in various ways.

As I described earlier, one of the clearest interventions in settler entitlement and certainty is Anzaldua’s use of Chicano Spanish. This strategy of refusal is one among many that both Anzaldua and Belcourt employ in the form/structure of their texts. The effect of Anzaldua’s linguistic choices is epitomized in the chapter “How to Tame A Wild Tongue” in which she recounts the significance of Chicano culture and language, but also the oppression that she faces because of it. Specifically, however, I will be focusing on how Anzaldua describes the intersection of language and self—the understanding of language as self. Anzaldua writes, “ethnic identity is twin skin to linguistic identity - I am my language. Until I am free to write bilingually and to switch codes without always having to translate… my tongue will be illegitimate” (81).

In this short passage, Anzaldua powerfully illustrates how the decolonial language(s) that she speaks are tied to her existence—how they form the ‘serpent's tongue’ between her lips. Because these languages exist beyond the colonial languages of English and Spanish however, they are delegitimized by dominant cultures. In the settler quest for knowability, anything beyond capture is ignored or rejected. Thus, by writing in Chicano Spanish, Anzaldua both legitimizes her language, and forces the settler to contend with “the incommensurability of some knowledge that as a guest/settler [they] may not understand” (Robinson 53). In doing so, Anzaldua writes bilingually and switches codes in ways that assert her sense of self rather than reducing her being for settler knowability. Similarly, in his poem “Time Contra Time,” Billy Ray Belcourt intervenes in settler certainty by creating ambiguity and uncertainty when he plays with the structure of the lines so as to provide multiple answers to a single sentence. On page 37, Belcourt writes,

i kiss every native man

who looks at me like i am splitting at the seams.

i tell them to call me rendered

is to tear into pieces

is to rip and sever and split

such that one can be rendered again

since to render is to cause to be or become:

an aesthetic of incarnation.

In this aesthetic of incarnation, Belcourt uses anaphora when he repeats the words ‘is to’ and ‘since to’ at the beginning of several lines throughout the poem. While the anaphora is a common poetic device, Belcourt uses it as a tool for providing multiple endings to the line “i tell them to call me rendered.” The lines flow between each other in a way that allows for the continual evolution of a single phrase. To be called rendered is to be torn and ripped and made to become all over again. There is ambiguity in this process as the lines form an infinite loop of becoming. Although the words that Belcourt uses to describe the processes of rending and rendering feel harsh and violent, he also illustrates a system where because of its instability it cannot entirely be known. In this space of uncertainty, Belcourt’s self is in flux and therefore out of reach to settler codes that attempt to make him knowable. By writing beyond these spaces of settler certainty, both Belcourt and Anzaldua find and create spaces of uncertainty and ambiguity that legitimize their selfhoods.

As an extension of the uncertainty produced through their formal choices, Anzaldua and Belcourt refuse settler knowability when they contend with the trauma caused by colonialism’s attack on the autonomy of their bodies, and at the same time find possibility in their inability to be defined. Dylan Robinson describes the effect of colonial ‘hunger’ on Indigenous bodies when he explains how “[the EuroAmerican ‘hunger’ for knowability] consumes without awareness of how the consumption acts in relationship with those people, the lands, the waters who provide sustenance” (53). As Belcourt writes in “Boyfriend Poems,” “my body, like the land, was up for grabs” (34). Viewed dialogically, these two passages illustrate how a mentality of colonial entitlement extends even to the physical and conceptual bodies of Indigenous people. Belcourt uses the term ‘unbodied’ to describe the result of this violence. And yet, despite the harm caused through this process of ‘unbodiment’ both Anzaldua and Belcourt find ways to regain authority and resist the colonial drive for the knowability of their bodies. In the poem “Cihuatlyotl, Woman Alone,” Anzaldua writes,

Raza india mexicanan norteamericana, there’s nothing more you can chop off or graft on to me that will change my soul. I remain who I am, multiple and one of the herd, yet not of it. (195)

In this first part of this passage, Anzaldua is describing the effect of the ‘colonial hunger’ described by Robinson. In settler efforts to make her being knowable, Anzaldua’s body is chopped and grafted into something stable enough to capture—or until she is unbodied. And yet, Anzaldua refuses any certainty over her being when she asserts that “I remain who I am, multiple and one / of the herd, yet not of it” (195). In recognizing her multiplicity as a queer Chicana woman, Anzaldua finds power in the ‘ambiguity’ of her being and refuses the settlement of her identity. By doing so, Anzaldua subverts the condition of unbodiment so as to destroy dominant signifiers and rewrite meaning. She further embraces this ambiguity when she describes herself as both part of the herd and not of it. In this way she is acknowledging the dominant cultures that she is a part of, while also maintaining her autonomy within a third space—the space of the Mestiza. Similarly, in the epilogue of “This Wound is a World,” Belcourt makes space for his being within a ‘semiotics of Indigeneity’ that leave him unbodied. As Belcourt writes, “to be unbodied is the same as “sadder than that” of love, but it is also love’s first condition of possibility” (55). It is within this first condition of possibility derived from being unbodied that Belcourt finds space to relearn touch and find autonomy over his body. In this way, a body unbecome is reimagined as a protest and a refusal of colonial knowing (Belcourt 56). By inhabiting the “sadder than that,” Belcourt writes possibility into the semiotics of Indigeneity. Similarly to Anzaldua’s assertion of autonomy over her multiplicity, Belcourt both grieves the loss of his body to colonial knowability, and uses the condition of unbodiment to create spaces of ambiguity for his body to relearn love.

Together, Borderlands/La Frontera: The New Mestiza and This Wound is a World illustrate how uncertainty and ambiguity can be employed as decolonial methodologies to disrupt colonial attitudes of entitlement to know which aim to ‘settle’ Indigenous bodies. As Dylan Robinson asserts, “moving beyond hungry listening toward anticolonial listening practices requires that the “fevered” pace of consumption for knowledge resources be placed aside in favor of new temporalities of wonder” (53). In the discussed texts, Anzaldua and Belcourt engage with and construct these ‘new temporalities of wonder’ as they embrace ambiguity as a place for world making outside of colonial reach. Moving beyond the Euro-American use of rationality to achieve a single goal (of knowability) means approaching knowledge in a way that decenters the settler with the understanding that not all knowledge is for the settler’s consumption. For settler audiences, these texts encourage people to become comfortable with these feelings of uncertainty and unknowability. Just as importantly however, the authors write through their ambiguity and encourage readers whose beings also exist in these places of instability and unbodiement to embrace their multiplicity and protest any colonial certainty that diminishes their autonomy. Altogether, Anzaldua and Belcourt disrupt dominant colonial epistemologies by proposing uncertainty and ambiguity as productive decolonial methodologies. 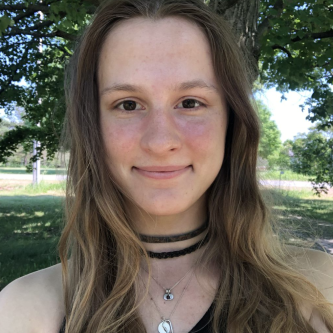 Ella Taylor is an emerging curator, writer and artist currently working on the traditional territories of the Haudenosaunee, Anishinaabe, Wendat, and the Mississaugas of the Credit First Nations in Tkaronto/Toronto. Using community-based and socially engaged methodologies, Ella’s work engages with land-based education and queer theory. Ella curated the online exhibition “making with/becoming with” (2021) and is currently working as a curatorial researcher alongside Pam Patterson and two graduate students at the 113 Research Gallery. Ella is studying at OCAD University and is pursuing a BFA in Criticism and Curatorial Practice with a minor in Art and Social Change.