The Future is in the Fish! 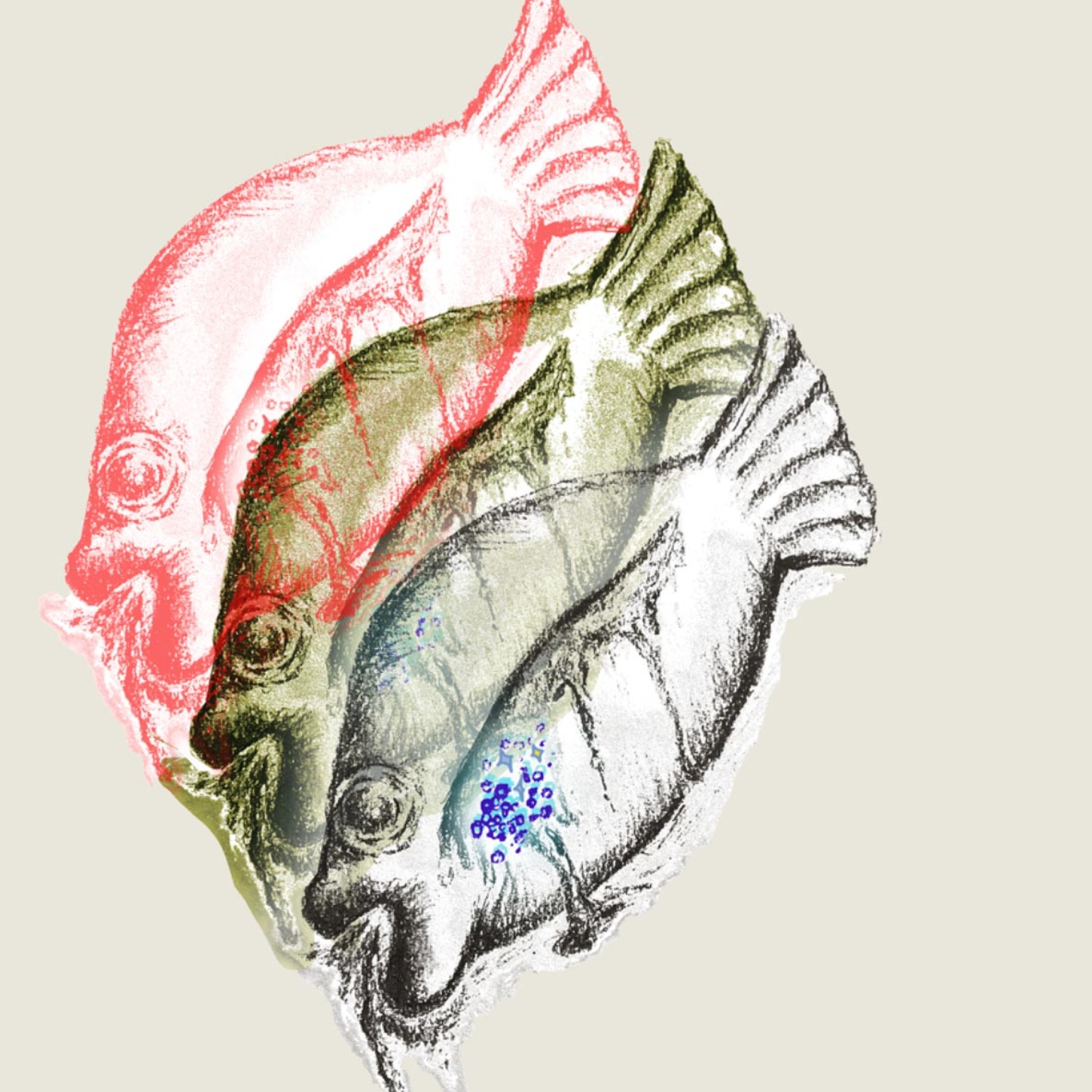 In the cathedral caves of the sea, amidst the flutter of light reflecting off the gently turning water, a man stood at an hour-glass-shaped pillar of stone carved by the will of the sea. Around him, a small crowd stood, squatting and sitting in the corners. I am standing close to the front. In all this light and splendor and clean white limestone walls, the man held a bloody knife, dripping onto the stone and running down its sides. In his other hand, he held the tail of a fish, an ugly fellow, with inflated, greying lips that were slightly too translucent for comfort and a jaundiced scaled body. He had been sliced clean down the belly, and tiny fragments of plastic glinted against the blood as it oozed out of him. The man lifted the fish into the air, causing the blood and plastics to splatter against the stone pillar top. Then, gently, he cut again into the fish, drawing out the oily guts and placing them beside the splatters of blood. He sliced those too, cleanly, down the centre, revealing a treasure trove of plastic grains size from barely perceptible to decidedly pebble-sized. He then walked to the edge of the sea and gently placed the body of the fish into her foamy hands, and she brought him back into her embrace.

He then returned to the pillar and spoke:

“From the blood comes the sea.”

“From the blood comes the sea.”

The man grunted in acknowledgement. He continued: “In the blood of this creature, the waters’ future is contained.” He then took a step back to look at the full image of the blood splatters. “I see calm seas, no new creations for the next year.”

The crowd murmured its approval. No creations, that meant no new cathedrals or great hollow halls. Which meant, in turn, no punishing storms or waves that would beat at the soft stone of the coast. This coastal landscape was shaped by time and its natural forces rather than arranged architecturally by us people who live on this land. This is why we call it Utopia—because the perfect place could only be created from the endless gestation of the Earth1. This land came out of Gaia, her contours not created to control or manage us people, but created haphazardly by time itself2. Rather than forge this place, we found it and adapted to its landscape. We take cues from the stone and wind and the sea grasses for our actions rather than any central power. And Owen, the man putting his bloody fingers inside the fish’s cut-open swim bladder, he thought with the mind of Gaia. He could feel her displeasure in minute changes in the organ consistency and the make-up of the fish, who lived in her blood, the sea, and absorbed her ills and wills. He was highly attuned: in the bladder, he searched for the smallest microplastics, old ones from before that record years of chemical changes in their tiny frame. These, like the blood, would tell him more about the state of Gaia. His eyes lit up as he felt a trove of plastics fused by the sunlight. He pulled it out and examined it, glinting and flashing. He tasted it with a slow, long lick. His brows furrowed.

“There’s a disturbance in the stone.”

“It tastes… weak. I can taste the landslide coming in the chemicals in the flavour of this petroleum. Rocks have already fallen not too far away, and they have Shifted the plastic.”

The murmur rose to a clamour.

“Do not be worried; we have time. At least a week. We shall move inland, away from the cliffs.”

A man stood. “But what about my fish? Will they be crushed by the stones rolling down and into the sea?”

Owen motioned for everyone to sit. “Your fish will be fine. They may change and leave your enclosure, freed by the landslide, but they will live. The rock against their scales and permeating their mouths and gills will come back to us one day with the story of their trials, the fragments and molecules of the stone in the substrate of their flesh absorbing and changing with their journey.”

The man nodded, resigned to the cycle of things, the cycle of lost and changing matter, the cycle of its return and the tales it will tell filtered through the transformative bodies of fish.3

Owen motioned for the crowd to rise. “We had better start packing.” 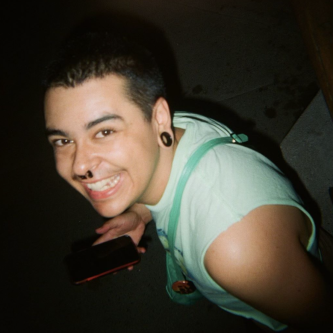 Mason Smart is a Visual and Critical Studies student, entering his third year. He was born and raised in Toronto. He is interested in themes of the mythological and of transformation in his writing and visual art.